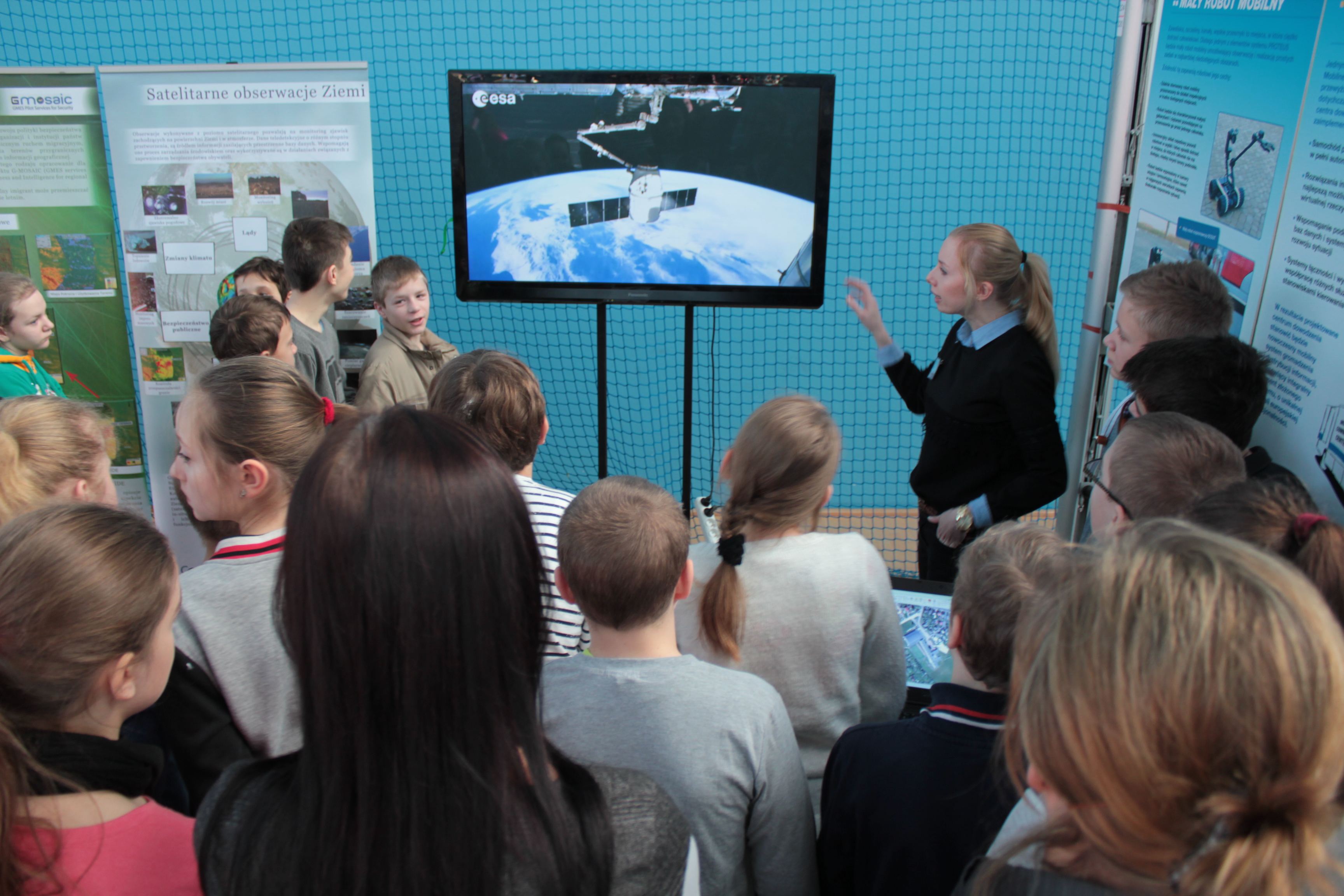 On the 16th February of 2015 in John Paul II Upper Secondary School Complex in Radzyń Podlaski was held science picnic “Day of Space Science”. Space Research Center PAS was a co-organizer of this event and its workers prepared interesting lecturers and shows for students from elementary schools, middle schools and secondary schools.

Stand of Earth Observation Group was represented by Crisis Information Centre team. During a lecture students were familiarized with basics of remote sensing and obtained the answer for the question “How is satellite image produced?”. Students could watch the film of Earth seen from International Space Station created by astronaut Alexander Gerst. Moreover, students could see and analyse crisis maps from Copernicus programme. For the youngest pupils was prepared interesting quiz and special puzzles. We deeply believe that some of them were really interested in remote sensing techniques.