During the EOPOWER project our group initiated actions which aim was to begin cooperation between Polish and Ukrainian Earth Observation institutions. Unexpectedly, it was also a time of serious political and economical disturbances in Ukraine, what made CBK PAN thinking about other than the previously planned Polish – Ukrainian activities in the project. Summarizing, it is worth to point out the following success stories: Polish-Ukrainian Seminar, Series of Webinars, Applying the EGIDA Methodology to the Series of Webinars as a Pilot Case. 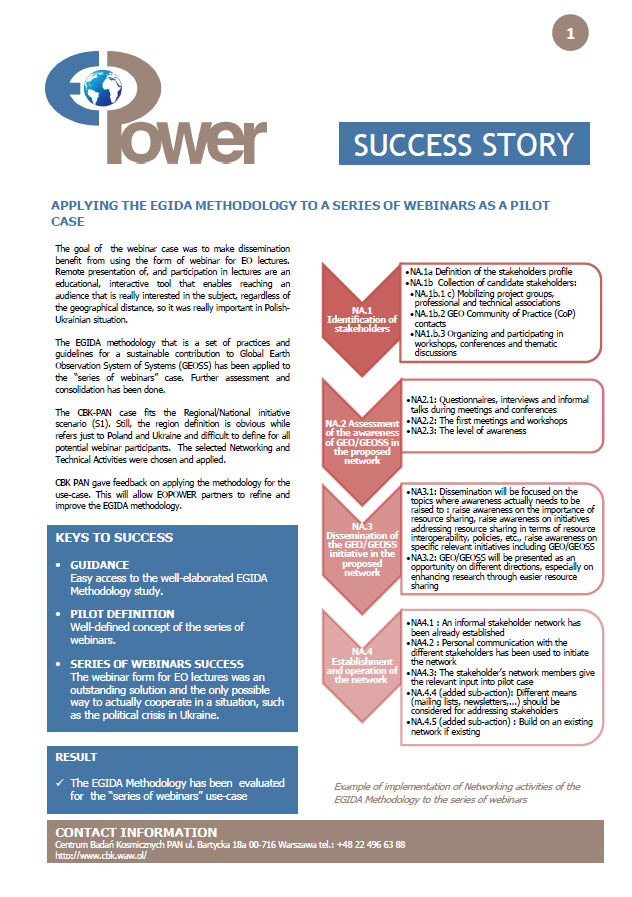 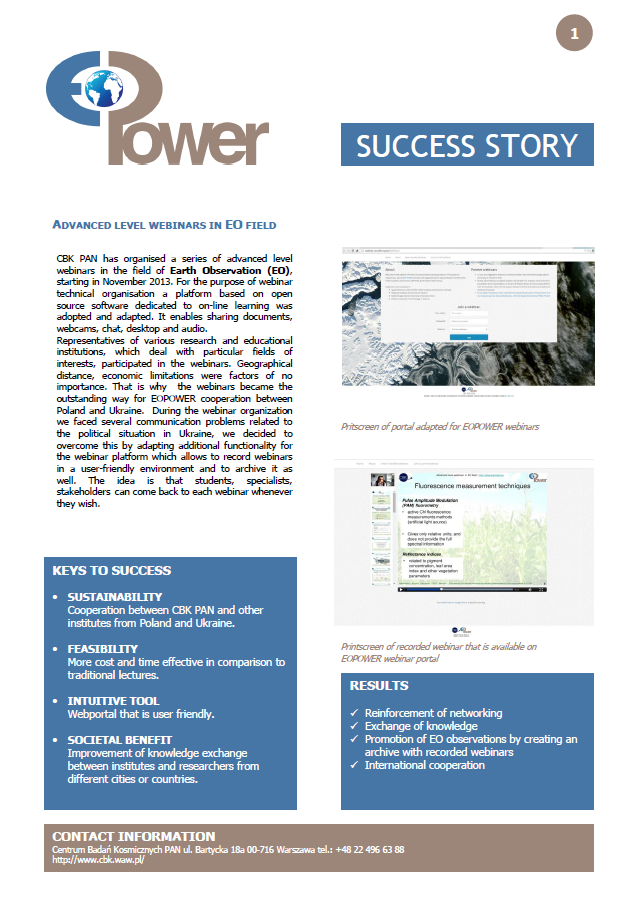 We would like to encourage you to read following documents: