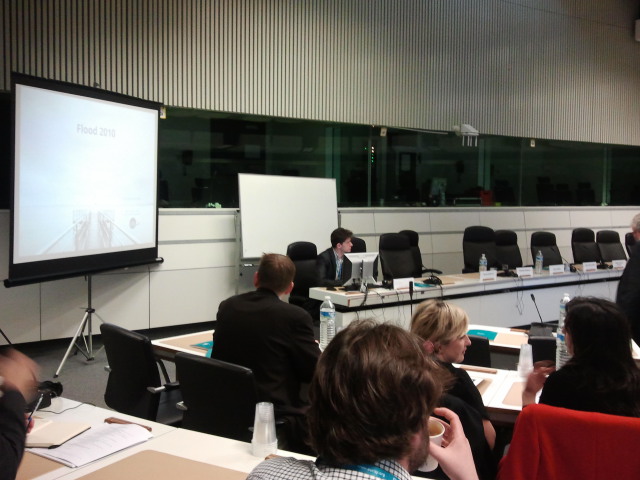 On 23 April in Brussels was held the workshop ‘Risk and environment management: the added value of satellite applications’, hosted by the Committee of the Regions, and organised by Eurisy in cooperation with the GEONetCab consortium.
It was an opportunity of meeting for decision-makers, remote sensing specialists and the end-users. Among the participants and speakers was Marshal of the Masovian Voivodeship, representatives of the Committee of the Regions, European Space Agency and GEOSS.

Examples of Earth Observation and GIS techniques implementations, issues of satellite products usage in crisis management, water management and environmental monitoring were the main topics of the presentations.

Michal Krupiński presented how various institutions and satellite data end-users were cooperating during the floods in Poland, in 2010.