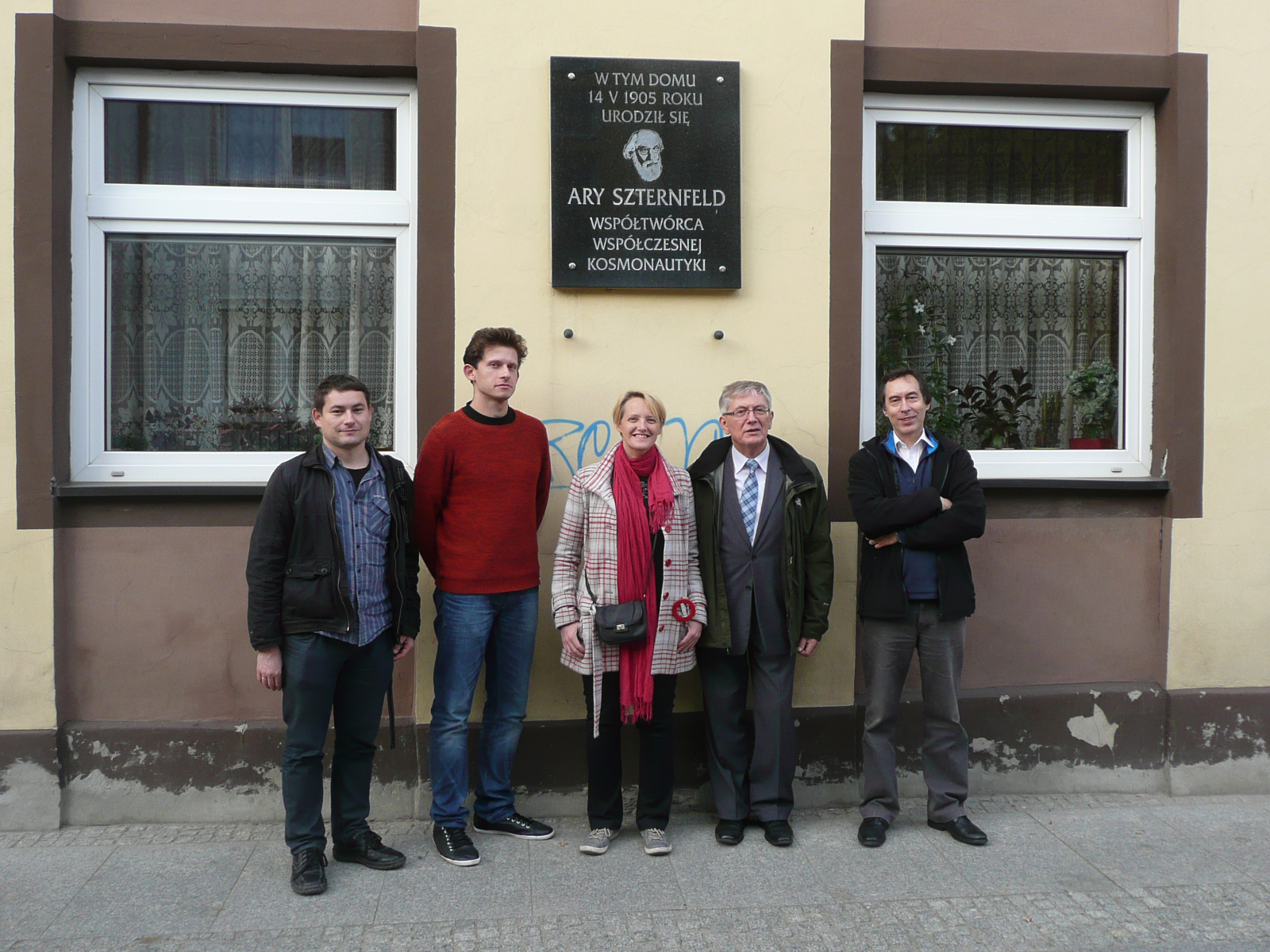 On 8-9 October 2013 in Cultural Center in Sieradz held IV Space Conference “Heritage Arego Sternfeld. Earth as seen from outer space.”. This conference was organized in honor of Arego Sternfeld- one of the founders of astronautics and citizen of Sieradz city.

Conference was accompanied by Marek Ostrowski’s exhibition of aerial photographs, contest for schoolchildren about knowledge of space: “Poland in the European Space Agency” and philatelic exhibition, organized by the Polish branch of Philatelic Association of Sieradz.

Space Research Centre PAS was  one of the organizers of the conference. This year’s edition was also co-organized by Earth Observation Group and represented by prof. Stanisław Lewiński, Dr. Edyta Woźniak, Dr. Paweł Wajer and MSc. Michał Krupinski. 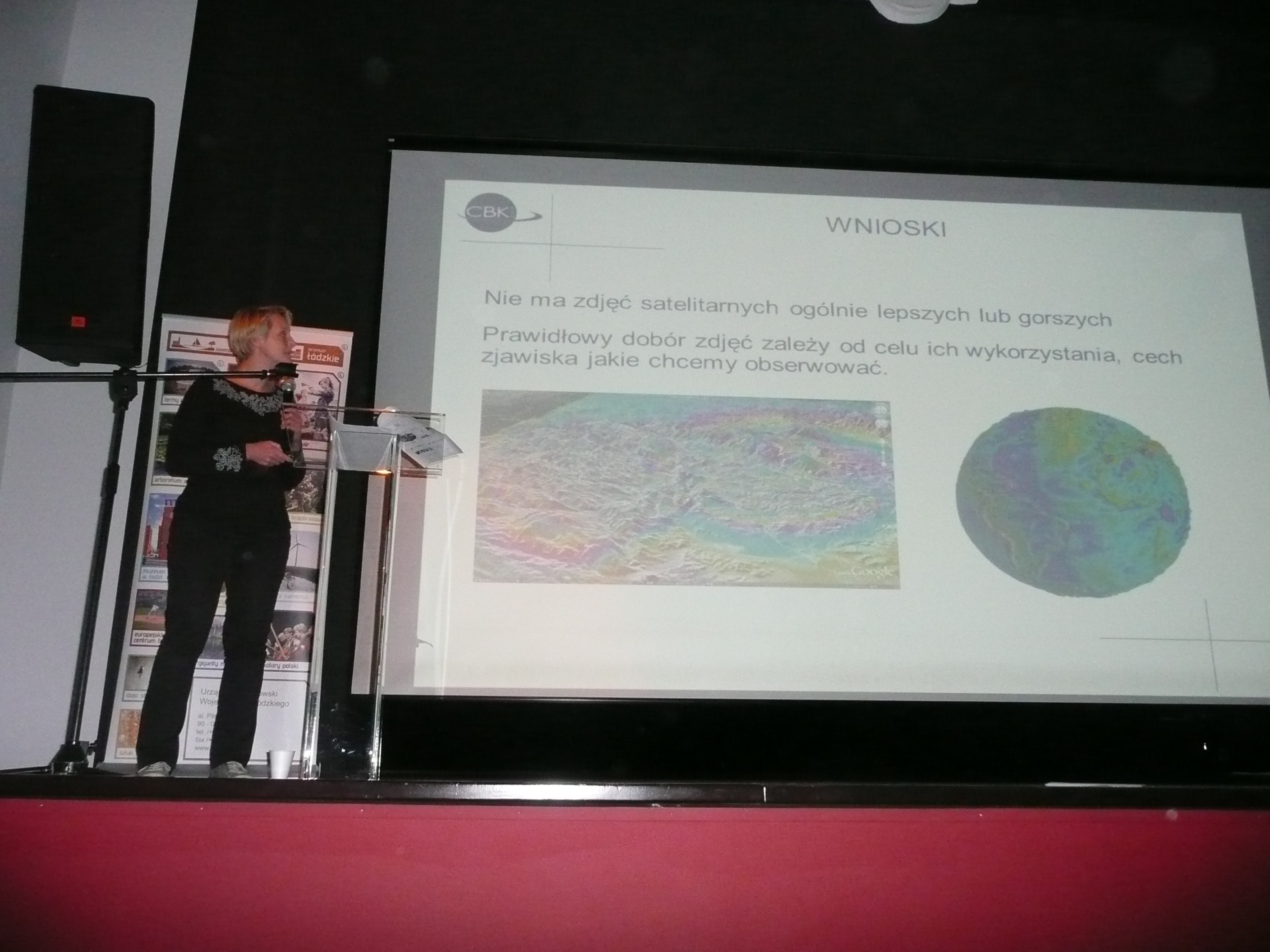 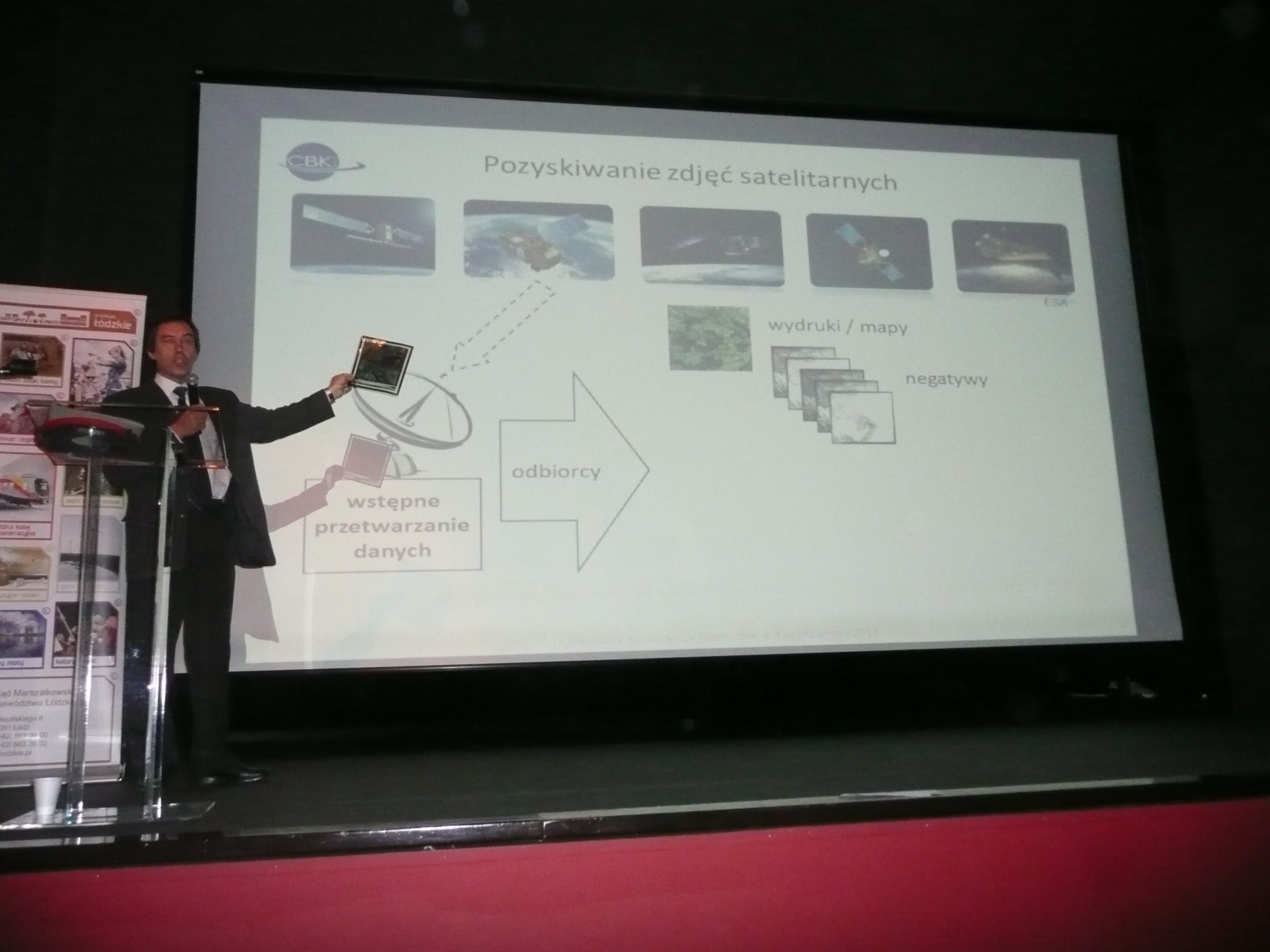 We were also co-organizers of the preparation and substantial supervision of the space knowledge contest. We conducted lectures in six secondary schools and high schools about basis of satellite remote sensing. Students had the opportunity to learn how use satellite imagery on the example of Sieradz region. 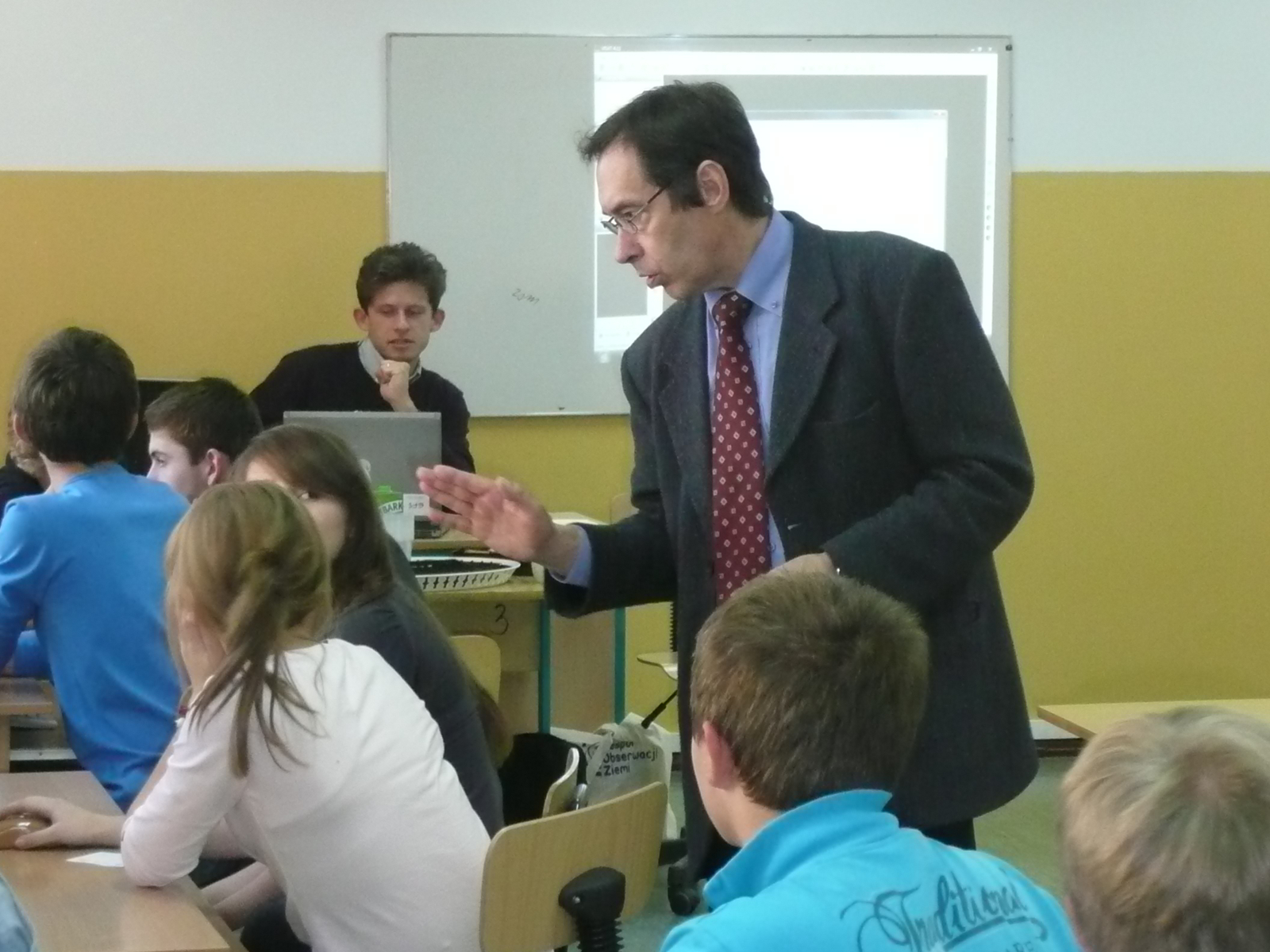